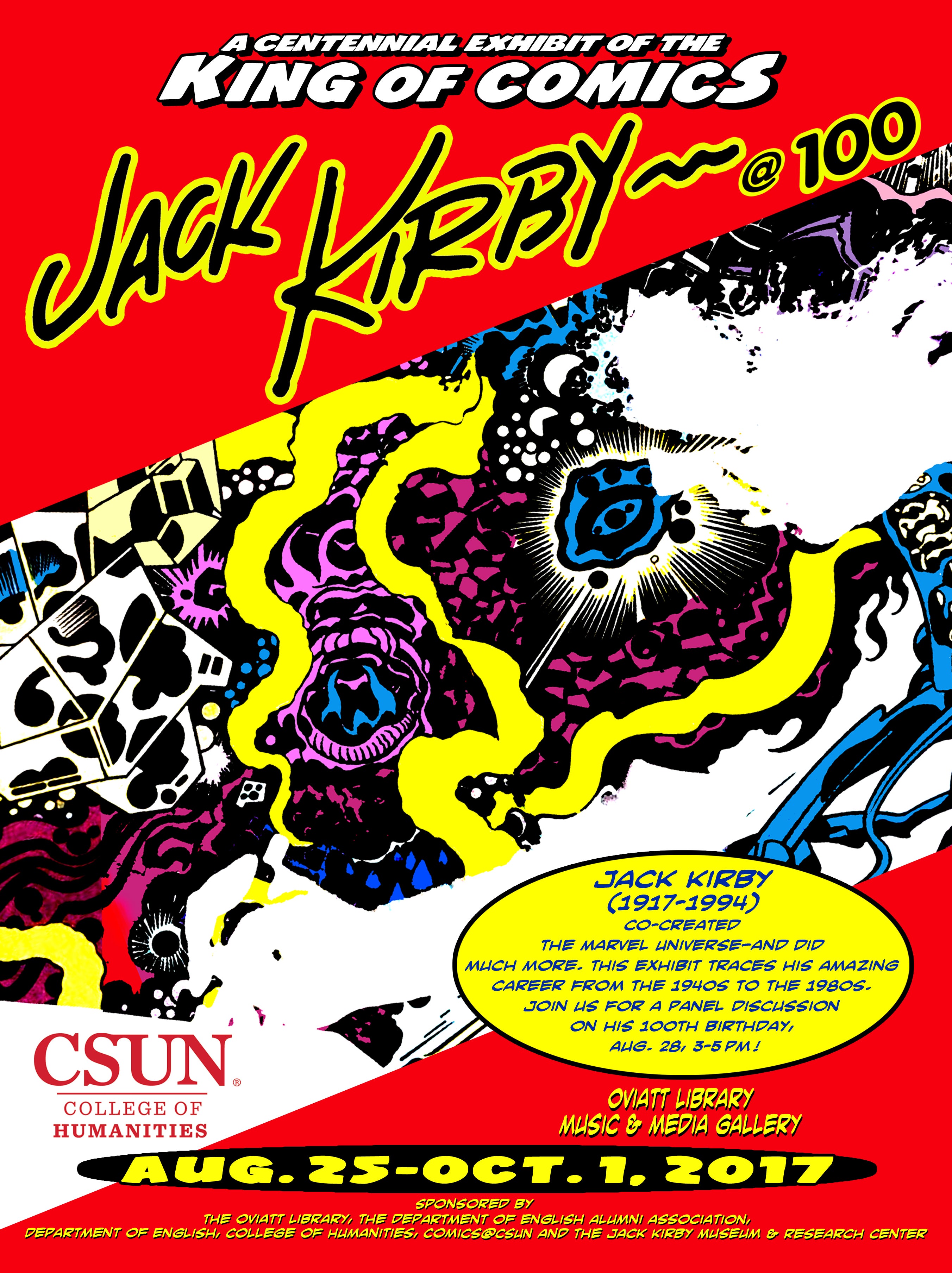 “Jack Kirby @ 100,” an exhibit of comics and prints at the Oviatt Library, commemorates the centenary of the famed artist, known for co-creating the Marvel Universe. Working across half a century of comics in diverse genres, Kirby (b. Jacob Kurtzberg, 1917-1994) is the quintessential American comic book creator, and one of the most imitated artists in American popular culture. CSUN affirmed Kirby’s legacy in 2015 with an Art Galleries exhibition, _Comic Book Apocalypse_, and is continuing the celebration this term with “Jack Kirby @ 100,” in time for the 100th anniversary of his birth.

“Jack Kirby @ 100,” curated by CSUN English Professor and Kirby scholar Charles Hatfield (_Hand of Fire_), aims to show Kirby’s range and influence. It includes not only iconic superheroes such as Captain America, the Avengers, and the X-Men, but also Kirby creations in other genres, including romance, crime, science fiction, westerns, war, and horror.  The show, according to Hatfield, “shows how versatile and adaptable Kirby was,” while its vivid images reveal the dreams and fears of WWII and Cold War-era America. “Kirby’s career is a capsule history of the comic book business—and a vital window onto Americana, onto our past,” says Hatfield.