“Jack Kirby @ 100,” an exhibit of comics and prints at the Oviatt Library, commemorates the centenary of the famed artist, known for co-creating the Marvel Universe. Working across half a century of comics in diverse genres, Kirby (b. Jacob Kurtzberg, 1917-1994) is the quintessential American comic book creator, and one of the most imitated artists in American popular culture. To launch the show, curator Charles Hatfield will host a panel with comics creators Mark Badger and Tony Puryear on August 28th, which is Kirby's 100th birthday. Read more

Comics scholarship has exploded over the past decade, and academia is paying attention to comics (including graphic novels, comic books, comic strips, and webcomics) as never before.  Comics@CSUN is our response to this upsurge of interest: a collaborative project that aims to advance comics studies and teaching across campus. This interdepartmental and inter-college partnership is bringing together diverse faculty to brainstorm campus events and teaching opportunities for AY 2015-2016 and beyond. We hope to involve as many teachers and students in this initiative as possible. Please do not hesitate to contact us with questions and ideas, or simply to get acquainted! 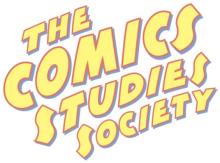