TEMPO is a new music ensemble based in Los Angeles comprised of piano, flute, clarinet, violin, cello, piano and percussion. The group routinely performs premieres and recently composed works in addition to standard works of the 20th century.

TEMPO celebrates its 8th season in 2016-17. As has become our norm, we are pleased to present works in a variety of styles by living composers, both younger and more established, as well as “historical” works from the past century.

Mark Kilstofte's The White Album featuring Diane Ketchie, soprano and Ravel's Introduction and Allegro featuring harpist Allison Allport are just two of the wonderful works. We will also be performing works by American composers Andrew List, Simeon Westbrooke and Charles Halka and "The Jet Whistle" by Heitor Villa-Lobos for flute and cello. 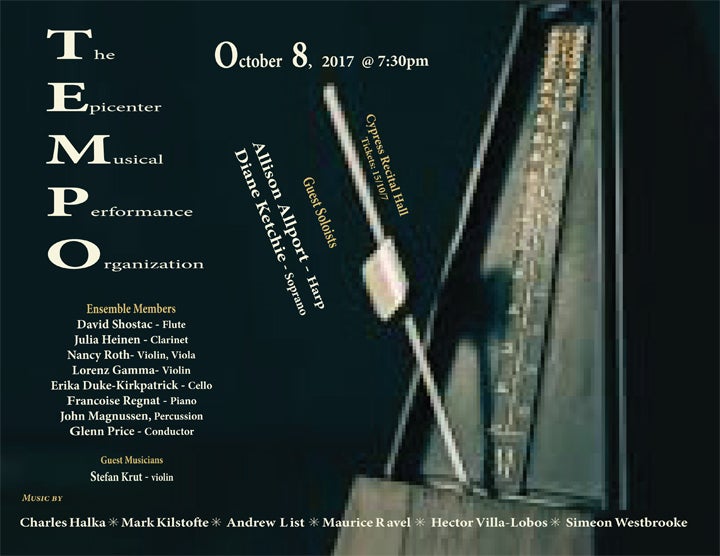 To purchase tickets to Music Department events at The Soraya, please call 818-677-3000.  The Soraya Ticket Office is open Tuesday-Sunday, 11am-4pm.